During its first shift, the crane handled 4,900 tonnes of power coal. “It is a pleasure to be the first entrusted with operating the new crane. It is both an honor and a responsibility, – said Andrey Zarnitsky, a dock engineer with 5 years' experience. – With a 40-meter reach, it is possible to load three holds of a Panamax ship without moving a crane. Using it we can enhance the performance and handle the terminal’s increasingly high cargo flow”. VITYAZ is the most powerful and sophisticated crane of MRC. Its power coal handling capacity in grab mode is up to 1,000 tonnes per hour. It is also economically efficient with its power recuperation system ensuring energy redistribution to other mechanisms or returning it to network. The system for recording and monitoring of actual parameters of the crane ensures safe operation and enables a crane operator’s fast response to any emergencies.

The crane carriers are equipped with sensors preventing collision with other objects on the crane rails. It is also fitted with additional sound and light signal systems. There are video recorders on the gantry and on the jib allowing for cargo control using the TV monitor in the cabin. Together with a panoramic cabin, this e-visualization provides a 360о view. To make the cabin more comfortable for an operator it is also fitted with a sun protection and a conditioner allowing for keeping comfortable temperature in any weather.

“The safety system is perfect. Multiple video cameras let see the blind zones, anti-collision sensors help concentrate primarily on the handling process, – Andrey Zarnitsky comments on the VITYAZ operation. – The emotions are just positive. It is also very gratifying to see the permanent upgrading of the fleet of equipment. I wish this to continue in the future”. To ensure high level of operational and engineering reliability of the crane, MRC has established a permanent team numbering 16 dock engineers / crane operators.

All of them have been trained to operate VITYAZ in several shifts. The crane was purchased under the project on boosting production capacity of MRC to 8 million tonnes which, apart from equipment upgrading, foresees improvement of the terminal’s utility systems, development of its railway infrastructure including the expansion of railcar unloading area, construction of new environment protection facilities and improvement of the dust suppression system. 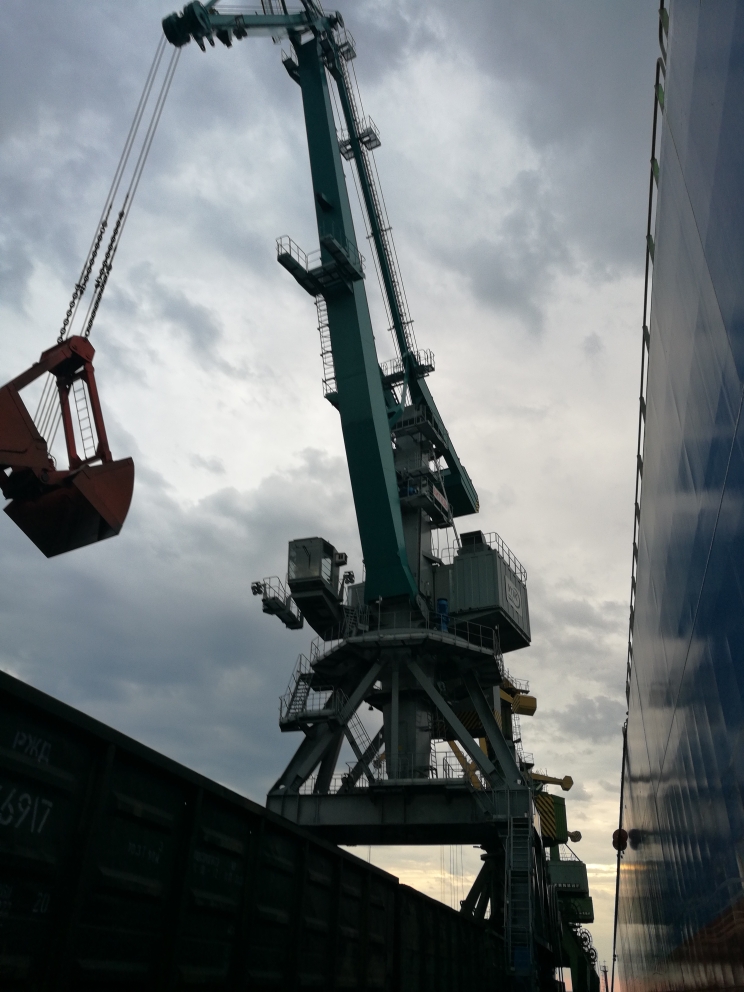 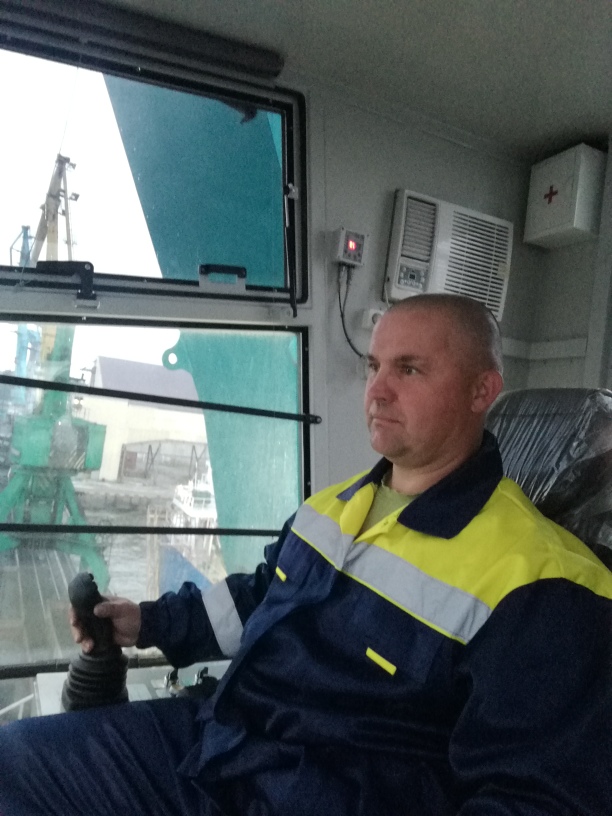