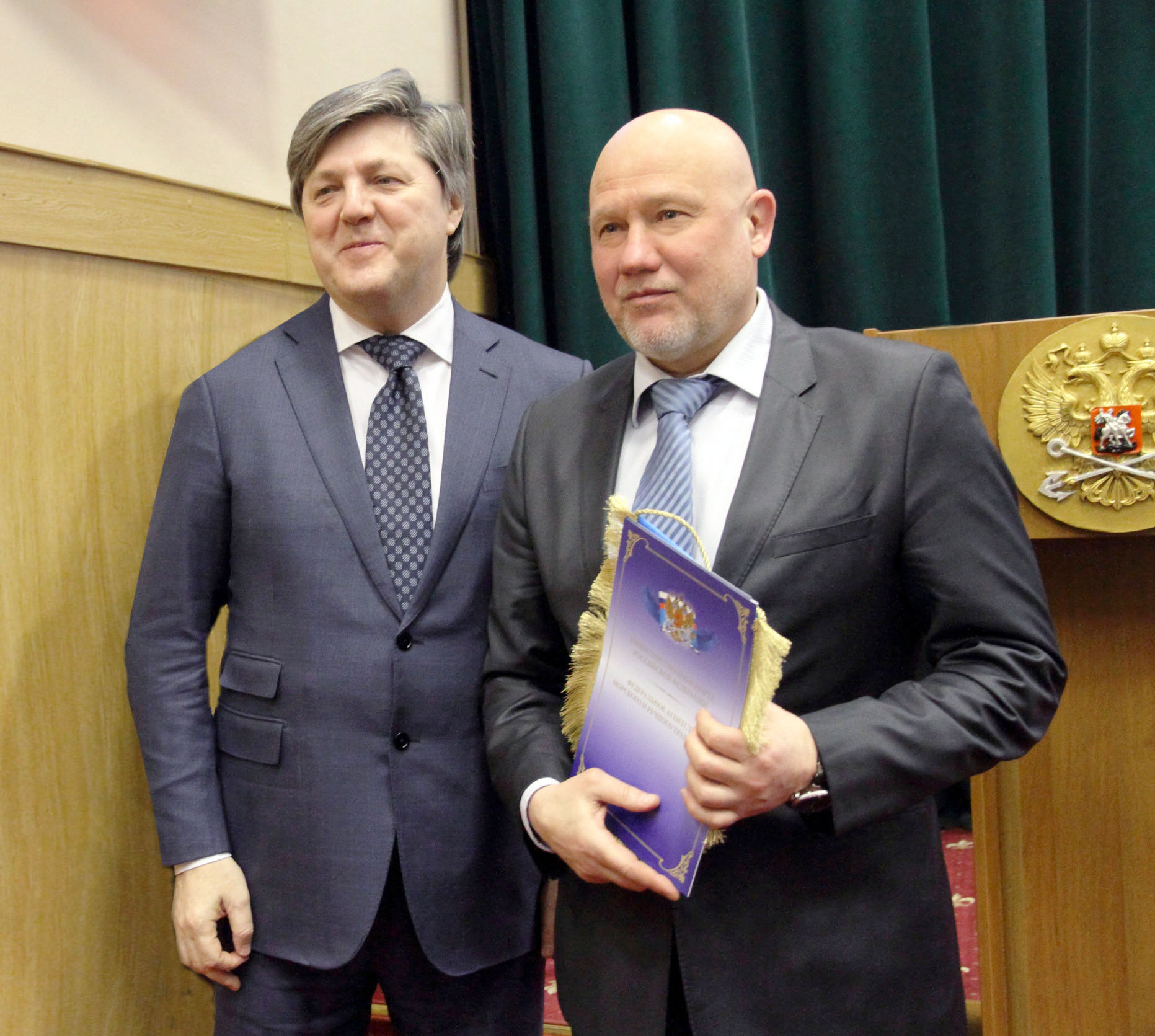 At the final extended meeting of the Board and Public Council of the Federal Marine and River Transport Agency (Rosmorrechflot) held on March 27 in Moscow, Victor Olersky, Deputy Transport Minister of Russia – head of Rosmorrechflot, gave a pennant and a certificate of the Agency’s Industry Leader Competition to Sergey Chelyadin, Managing Director of Multipurpose Reloading Complex LLC (MRC), the winner in the “Marine Stevedoring Company” nomination.

The terminal was highly praised by the experts for its positive performance that was possible with successful investment projects of 2017 and systemic efforts of the company focused on capacity expansion, infrastructure upgrading and retrofit.

“The ‘Industry Leader’ pennant is, first of all, an appreciation of the efforts of personnel whose professional work helped to achieve the best result of the recent time. However, it is a heavy responsibility for the future. Therefore, our current plans are to keep momentum and to achieve new growth points”, said Sergey Chelyadin in response to the colleagues’ congratulations.

Industry Leader Competition of RF Transport Ministry’s Federal Marine and River Transport Agency has been held from 2013 for an efficient implementation of social and economic tasks focused on popularization of achievements and increasing the prestige of marine and river transport industry.